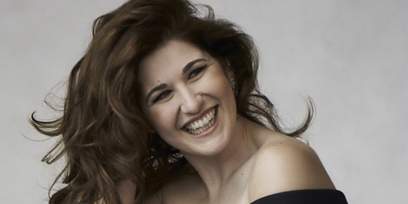 In 2014, she made her American début as The Countess (Le nozze di Figaro) for Dallas Opera and her European début the following year as Tatyana (Eugene Onegin) for Deutsche Oper Berlin. Appearances at the Royal Opera House Covent Garden quickly followed –Micaëla in Carmen and Tatyana.

Since then, she has sung Fiordiligi (Così fan tutt) for The Metropolitan Opera New York, Deutsche Oper Berlin, Semperoper Dresden and Opera Australia; Mimi (La bohème) for The Metropolitan Opera, Covent Garden, Munich, Paris and Dresden; Tatyana in Paris, Munich and Berlin; Marguerite (Faust) in Vienna, Marseille and Berlin and the title roles in Thaïs, Luisa Miller and La traviata for Opera Australia (winning Helpmann Awards for Luisa and Violetta).

Other recent engagements include Micaela and Donna Elvira (Don Giovanni) for the Opera de Paris and Ellen Orford (Peter Grimes) for Sydney Symphony and The Metropolitan Opera.  In 2021/2022, she sang Mimi and Marguerite at the Wiener Staatsoper, Donna Elvira in Paris and San Francisco, Elisabetta (Don Carlo) in Berlin, Tatyana in Dallas and appeared with the Sydney and Adelaide Symphony Orchestras.

After completing her Bachelor of Music at the Victorian College of the Arts, Nicole won the 2007 Herald-Sun Aria; she was the 2012 winner of the ASC Opera Awards and the 2013 winner of the Neue Stimmen competition in Germany.

She has recorded Brahms’ Deutsches Requiem with the Melbourne Symphony and Heroines with the Australian Chamber Orchestra.  Nicole’s solo album of operatic arias The Kiss (ABC Classics) débuted at No. 1 on the Australian classical charts.