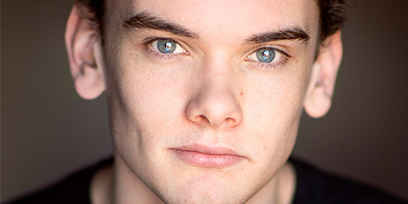 At just 12-years-old, Noah performed alongside Todd McKenney in Songs and Stories of Peter Allen at the State Theatre in the role of Young Peter. Noah has had a passion for Musical Theatre since a very young age and has performed in more than 15 musical productions.

Theatre credits include the role of Munkustrap in CATS with Packemin Productions, Gavroche in Les Misérables with A.C.T San Diego and Evan Goldman in 13 the Musical with Birdie Productions. Other credits include lead Singer at Luna Park and NXTGEN member in Machismo an all male dance show. Noah has toured all around the world and performed in Paris, San Diego, LA, and New York City.

In 2019 Noah made his professional debut in a world tour of West Side Story in the lead role of Riff. The show played at the Sydney Opera House as well as touring Australia, New Zealand and Germany.

In 2020 Noah performed his first Cabaret show, a collection of songs and stories of his life as an expat kid living in Paris and San Diego and his love of theatre, the show debuted at Claire’s Kitchen on Oxford street, Darlinghurst. He also achieved the role of Cy/ Jamie Understudy in the West End Award Winning, AUS/NZ Tour of Everybody’s Talking About Jamie! 2020/2021. Which was sadly cancelled due to lockdown.

Noah is excited to be reprising his role in West Side Story for Perth and Brisbane.