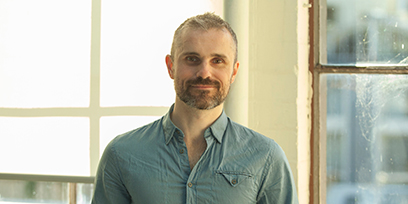 Australian conductor Paul Fitzsimon has been Chorus Master at Opera Australia since 2019, and has worked as repetituer and conductor with the company since 2012, most recently conducting performances of The Merry Widow at the Sydney Opera House.

He was Assistant Conductor of the Melbourne Symphony Orchestra in 2008/09 and has conducted most of the symphony orchestras in Australia, and in Europe has conducted the Frankfurt Radio Symphony, Ensemble Intercontemporain in Paris, and the Hamburg Ballet at the Baden Baden Festival.

Highlights in recent years include conducting the national tours of The Marriage of Figaro, The Magic Flute, and Madama Butterfly for Opera Australia, Dvorak’s Symphony no. 7 with the Adelaide Symphony Orchestra, as well as a new production of Brian Howard’s Metamorphosis for Opera Australia in 2018.

Paul majored in piano performance at The University of Melbourne and later completed his orchestral conducting studies at the Universität der Künste in Berlin and through the Symphony Australia Conductor Development Program. He was the recipient of the Brian Stacey Award for Emerging Conductors in 2008.

Paul Fitzsimon is supported by Ina Bornkessel-Schlesewsky and Matthias Schlesewsky.