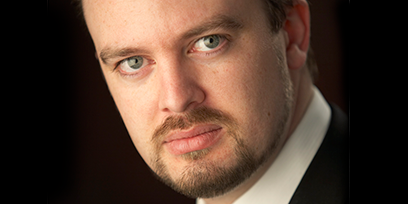 As an ensemble member of the Berlin Staatsoper, Paul sang many roles including: The Italian Singer in Der Rosenkavalier, Augustin Moser and Kunz Vogelgesang in Die Meistersinger von Nūrnberg, Hirt and Seeman in Tristan und Isolde, Spoletta in Tosca and Gastone in La traviata.

Engagements since have included Don José (Carmen) and Alfredo for West Australian Opera, Rodolfo (La bohème) and Narraboth (Salome) for Opera Australia, the title role in Faust for Theater Münster, Cavaradossi (Tosca) in both Perth and Magdeburg and Pinkerton (Madama Butterfly) throughout China.  Other roles have included The Duke in Rigoletto with Opera Holland Park, Opera Australia, West Australian Opera and the State Theatres of Karlsruhe and Mainz; Turiddu, Cavaradossi and Carlo VII in Verdi’s Joan of Arc for Theater Bielefeld and Jason in Médée for Theater Bielefeld and the Mainz State Theatre.

He has sung Don José at the Glyndebourne Festival; Laca in Jenůfa and Janáček’s song cycle The Diary of One Who Disappeared for Opéra de Lille; the title role in Faust at Theater Hagen and the Mainz State Theatre; Rodolfo for Halle Opera and West Australian Opera; Elvino (La sonnambula) and Laca with Graz Opera; Radamès in Aida at the St Margarethen Opera Festival; The Prince in Rusalka at the State Theatre of Saarbrücken, and Isepo in La Gioconda in concert at the Concertgebouw, Amsterdam.