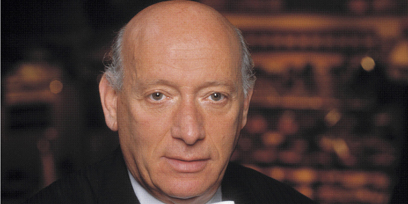 Pinchas Steinberg is the chief conductor of the Budapest Philharmonic Orchestra. Critically acclaimed for his profound and deeply musical interpretations of the most demanding repertoire, both opera and symphonic, Pinchas Steinberg is one of the leading conductors performing today. He has distinguished himself for many years as a regular guest of the most prestigious opera houses and concert halls throughout Europe, and more recently in the United States. In December 2001 Mr. Steinberg made a triumphant concert debut with the Cleveland orchestra and since then he returns to Cleveland on a regular basis.

From 1988 to 1993, Mr. Steinberg held the position of Permanent Guest Conductor at the Vienna State Opera. His performances of opera have taken him to leading opera houses around the world, including London’s ROH Covent Garden, Paris, Munich, San Francisco, Berlin, Rome, Madrid, Vienna. Between 1989 – 1996 he was Chief Conductor of the Radio Symphony Orchestra in Vienna and between 2002 – 2005 Music Director of the Orchestre de la Suisse Romande in Geneva.

He opened the 2011-12 season at the Opera Bastille Paris with a production of Strauss’ “Salome”. In January 2012 he made a triumphant return to the Vienna State Opera, conducting Giordano’s “Andrea Chenier”. Other opera engagements include Wagner’s “Parsifal” in Helsinki, Verdi’s “La Battaglia di Legnano” and Puccini’s “Madama Butterfl’y in Rome, Korngold’s “Die tote Stadt” in Paris and Madrid.

In February 2010 Pinchas Steinberg made his La Scala debut conducting 3 concerts of Schumann’s “Faust Szenen” with the Orchestra Filarmonica della Scala. Other engagements included concerts in Budapest, Rome, Cincinnati, Turin, Sydney, Naples, Prague, Moscow and at the Concertgebouw in Amsterdam.