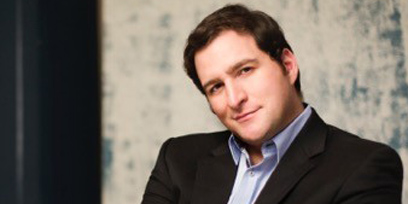 Italian tenor Riccardo Massi has rapidly achieved international recognition as one of the most exciting and accomplished interpreters of the Italian spinto repertoire, earning accolades worldwide for his interpretations of Puccini's and Verdi's heroes.


In the 2015/16 season Massi returned to the Royal Opera House, Covent Garden in London as Cavaradossi alongside Angela Gheorghiu's Tosca; he also appeared at the Handa Opera on Sydney Harbour (Opera Australia) as Calaf in Turandot, at the Melbourne Arts Center (Opera Australia) where he debuted the role of Rodolfo in Luisa Miller


Engagements of the 2016/17 season included his role debut as Des Grieux in Manon Lescaut at the Bol'šoj Theatre in Moscow, a role he also interpreted in a new production at the Berlin State Opera; his debut at the New National Theatre of Tokyo as Pinkerton in Madama Butterfly, his return to the Metropolitan Opera in New York as Radamès in Aida, Calaf in Turandot at the Cologne Opera, Don José in Carmen at the Jhihde Hall in Taiwan, Gustavo in a gala performance of Un ballo in maschera alongside Sondra Radvanovsky at the Nationaltheater Mannheim and Manrico in Il trovatore at the Budapest Summer Festival.


Among his performances in 2017/18 are Cavaradossi in Tosca at the Royal Opera House Covent Garden, the Staatsoper Hamburg and the Palm Beach Opera, Don José for his debut at the Los Angeles Opera, Radamès in a new production of Aida at the Sydney Opera House, at the Hong Kong Opera and the Teatro Colon of Buenos Aires, Des Grieux at the Bolshoi Theatre as well as his role debut as Foresto in Attila at the Lyon Opera House and at the Théâtre des Champy-Elysées of Paris.


Other career highlights include his 2012 Metropolitan Opera debut as Radamès in Aida (the same role with which he also debuted at the Houston Grand Opera in 2013), his debut as Enzo Grimaldi in La Gioconda at the Concertgebouw Amsterdam, debuts at Munich's Bayerische Staatsoper, the Berlin Staatsoper and the Royal Opera House Covent Garden as Cavaradossi, his debut in the title role of Andrea Chénier at the Royal Swedish Opera, a 2014 gala concert with soprano Anna Netrebko at the Théâtre des Champs-Elysées, Cavaradossi and Don Alvaro in La forza del destino at the Sydney Opera House, Verdi's Messa da Requiem at the Grand Théâtre de Genève, Riccardo in Un ballo in maschera at the Théâtre Royal de la Monnaie in Brussels, Don José in Carmen at Deutsche Oper Berlin, Pollione in Norma at the Terme di Caracalla, and debuts as Pinkerton in Madama Butterfly at the Norwegian National Opera, Manrico in Il trovatore in Toronto and Calaf in Turandot opposite Nina Stemme at the Royal Swedish Opera.


Mr Massi developed his vocal technique in Rome with David Holst, who has been his sole mentor. He was invited to join the Accademia della Scala, after which he made his operatic debut in December of 2009 as Radamès in Aida at the Teatro Verdi of Salerno under the baton of Daniel Oren.


As a specialist in the handling of ancient and medieval weapons, before pursuing his passion for opera, Massi enjoyed a career as a stuntman; working in several films including Martin Scorsese’s Gangs of New York, ABC’s Empire, and HBO’s Rome.