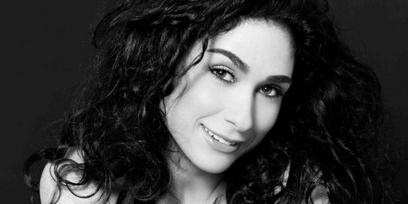 Israeli born mezzo-soprano Rinat Shaham has received accolades for her operatic and concert performances throughout the world.  A versatile artists equally at home on both concert and opera stages, Ms. Shaham has collaborated with some of the most eminent conductors of our day including Simon Rattle, Andre Previn, Christoph Eschenbach, Leonard Slatkin, William Christie, David Robertson and many others.


She has been praised in roles including Carmen, Rosina in Il Barbiere di Siviglia, Dorabella in Cosi Fan Tutte, Melisande in Pelleas et Melisande and Blanche in Dialogues des Carmelites in theatres including the Berlin State Opera, Teatro La Fenice in Venice, Teatro dell’Opera di Roma, Palau de Reina Sofia, Valencia, Stuttgart Opera, L’Opera de Montreal, New York City Opera and at the Glyndebourne Festival. She made her debut at the Royal Opera House, Covent Garden as Cherubino in Le Nozze di Figaro, her Paris debut as Dorabella in Cosi Fan tutte at the Theatre des Champs Elysees in 2008.


During the 2010-2011 season Rinat Shaham made her debut at the Salzburg Easter Festival singing Ravel’s Sheherezade as well as appearing in Salome, she appeared as Padova and at the Teatro San Carlo in Lisbon, and in concert with the Bamberg Symphony singing Berlioz’s Les nuits d’ete.


She debuted as Carmen with Opera Australia in Sydney in the 2010-2011 season.