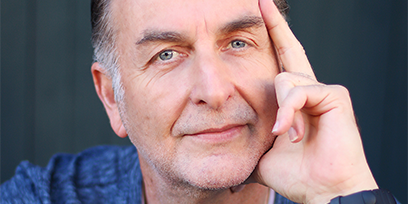 Ritchie graduated from NIDA in 1983. He is delighted to be playing ‘Doc’ once again for Opera Australia, having toured in their 2019 production.

Ritchie’s Theatre highlights include: ‘Dodge’ in Buried Child (NIDA), ‘Hans’ in The Department for Theatre ACT, the Australian tour of Neil Simon’s The Odd Couple and Laughter on the 23rd Floor (Ensemble Theatre). He has fond memories of a national tour that starred Lauren Bacall in Sweet Bird of Youth. Film favourites include: Crocodile Dundee, Rapturepalooza and Charlie’s Country. For television, ‘Terry Madigan’ in Water Rats, ‘Richard Shapiro’ in Dynasty and ‘Justice Rosenberg’ in ABC’s Crownies.