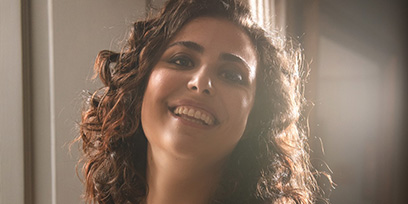 Roberta Mantegna was born in Palermo in 1988; from the age of 8 she takes part at the seasons of the Teatro Massimo in the children’s choir.

She graduated in piano in 2009 and in opera singing in 2010 at the Conservatory “V. Bellini” in Palermo. She gets the two years of opera singing training at the “N. Piccinni” Conservatory in Bari in 2015, in the same time she studies with Dimitra Theodossiou and Renata Scotto at the Accademia of Santa Cecilia in Rome.

Between 2013 and 2015 she’s in the Chorus of Teatro Petruzzelli in Bari, and she then sings Die Aufseherin in Elektra, conducted by J. Nott.

She has been a member of “Fabbrica”, the Young Artist Program at Teatro dell’Opera in Rome.