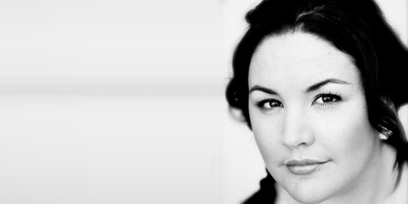 Ruth Strutt is a widely acclaimed and accomplished mezzo-soprano who hails from the icy climes of northern NSW. Since completing her Bachelor of Music at the Western Australian Academy of Performing Arts (WAAPA) in 2011, Ruth has enjoyed performing on many and varied stages across Australia in opera, oratorio, music theatre, and cabaret.

Ruth is currently a Principal Artist with Opera Australia, appearing as The Dark Lady/The Cook in Ghost Sonata, Biennale Judge in Whiteley and alongside Taryn Fiebig in the Studio Recital Berg: Romantic to Maverick. Ruth also performed the role of Ferdinand in El Kid for both the 2016 and 2017 Schools Tours and at the Arts Centre Melbourne, and was a featured artist in the Great Opera Hits concert series at the Sydney Opera House. She is also the 2019 recipient of the Australian Opera Awards Committee’s E Chang and E & K Ong Opera Scholarship.

Ruth has sung numerous other roles, including Prince Orlofsky in Die Fledermaus, Alto in English Eccentrics, Pitti Sing in The Mikado, The Composer in Ariadne auf Naxos, and Ariodante in Ariodante, and recently received rave reviews at the Sydney Fringe Festival for her portrayal of the Mother in The Things I Could Never Tell Steven.

Ruth is particularly passionate about Australian composition and new works. She has worked alongside composers such as Richard Peter Maddox, Elena Kats-Chernin, Dan Walker, Benjamin Thorne, and Jennifer Game-Lopata. She has premiered a number of new pieces, most recently Unbroken Stillness, These Men and Kubla Kahn by Richard Peter Maddox, The Aqueduct by Jennifer Game-Lopata at the Brisbane Restrung Festival, and God’s Drawing Board by Elena Kats-Chernin. She is affiliated with Opera Queensland, Opera North West, and Melbourne City Opera, being a featured artist in Opera in the Paddock, Opera at Langford, and Opera in the Vines, as well as being the vocalist in the baroque improvisation quartet, Wondrous Machine.