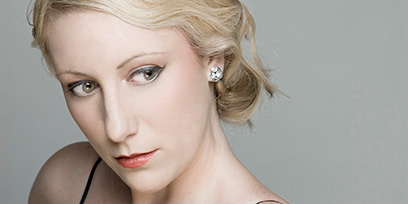 Saioa Hernández has recently excelled in the international operistic circuit as a new opera star since her debut in the opening season at the Teatro alla Scala in Milan as Odabella (Giuseppe Verdi’s Attila) the prestigious December 7th conducted by Maestro Riccardo Chailly and stage director Davide Livermore, international live broadcast on cinemas and world TV’s, with a great success.

She debuted the role of La Gioconda conducted by M. Daniele Callegari, this performance was broadcast in prime time on RAI 5 and was a great success of public and critic.

Also as Gioconda, she has made her recent debut at the Gran Teatre del Liceu de Barcelona with M. Garcia-Calvo and stage director Pier Luigi Pizzi, and has been international live broadcast on cinemas.

Her debut as Zaira by Vincenzo Bellini at the 2012 Martina Franca Festival was live recorded on CD by Bongiovanni Records.

She recently debuted at the London Royal Opera House, conducted by M. Daniel Oren and performing among great tenor Roberto Alagna as Maddalena di Coigny, then she debuted in Germany as Abigaille (Nabucco) at the Dresden Semperoper. She even debuted at the Arena in Verona as Tosca and Aida, under the baton of M Oren, and as Lady Macbeth at Macerata Opera Festival, conducted by M° Ciampa and directed by Emma Dante.

Among her future engagements: Tosca in Berlin, Nabucco in Geneve, Turadndot and Medee in Madrid, Macbeth in Munich.

Saioa Hernández has received numerous first prizes in international competitions including Manuel Ausensi at the Gran Teatre del Liceu de Barcelona in 2009, Vincenzo Bellini in Puteaux (France) 2010, and Jaume Aragall in Barcelona 2010, and she was winner as Best Female Voice of the Year on 2016 in Spain.