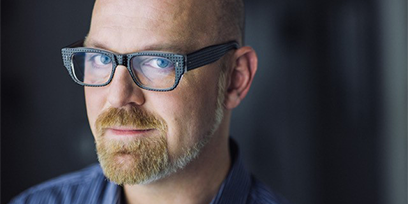 Sean Nieuwenhuis is a Canadian projection and media designer whose work encompasses a wide variety of stage, screen, and event projects. With a formal background in broadcast production and years of experience in staging and design, Sean’s work adapts ever evolving presentation technology and tools to help tell stories.

Theatrical credits include SUMMER: The Donna Summer Musical currently running on Broadway, Dr. Zhivago and Jesus Christ Superstar on Broadway, The Who’s Tommy at the Stratford Festival, Yoshimi Battles the Pink Robots and Sideways at the La Jolla Playhouse, Christopher Plumbers’ one man show A Word or Two for the Ahmanson Theatre and The Stratford Festival, and Rear Window at the Hartford Stage.

Past opera credits include Faust for the Metropolitan Opera, Macbeth at the L.A. Opera, The Manchurian Candidate for Minnesota Opera, Vancouver Opera’s production of Nixon In China which has also been presented by the San Francisco Opera, Kanas City, W,O.O. Dublin, and the Royal Swedish Opera. Dance projects include original designs for Royal Winnipeg Ballet’s productions of The Handmaid’s Tale and Going Home Star. In addition, his work has been seen as part of productions with regional theatre and opera companies across North America including 10 seasons at the Stratford Festival.

In the world of large scale events, Sean was privileged to be the visuals director for the 2017 Invictus Games Opening and Closing Ceremonies and the Vancouver 2010 Paralympic Opening and Closing ceremonies. Outside of the theatre, his production studio, Sensory Overload Productions Inc., provides visual design support and production services for projects large and small around the globe.