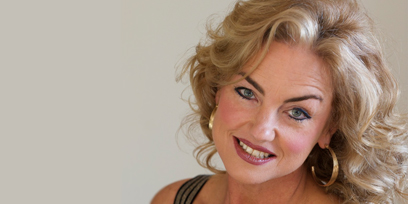 Australian soprano Sharon Prero began her music career as a concert flautist.  At 15, she toured New Zealand performing Bach's Suite in B Minor to great acclaim.  Her love of the stage inspired her change of direction; she regularly performed in oratorio and recital whilst studying a double Voice/Flute major at the Tasmanian Conservatorium of Music.


As a finalist in the Australian Singing Competition, Sharon was offered a scholarship to finish her studies at the Queensland Conservatorium of Music – from there, she was engaged as a Young Artist with Opera Queensland.  During this time, she was a National Finalist in the ABC Young Performers’ Awards and appeared as soprano soloist in Les Illuminations with the Queensland Symphony Orchestra.  Other engagements included Mahler’s Symphony No. 2 and Vaughan Williams’ Sea Symphony with the QSO, Handel’s Messiah with the Tasmanian Symphony Orchestra and Marguerite in Faust for Opera Queensland.


Later concert appearances have included Vaughan Williams’ Sinfonia Antarctica, the World Premiere of John Adams’ Grand Pianola Music, Louis Andriessons' De Staadt and Beethoven’s Symphony No. 9 with the TSO and various Opera Galas with both the QSO and TSO.  Sharon was a guest artist for the Puccini Festival Australia in Le donne di Puccini and has given concerts in Noumea and Jakarta for the Conservatoire de Musique de la Nouvelle-Caledonie and the Indonesian Opera Society respectively.


Operatic roles have included Clorinda in Cenerentola for Canberra Opera, Pamina in The Magic Flute for State Opera of South Australia, Mimi in La bohème for Victoria State Opera, Berta in Il barbiere di Siviglia for both VSO and SOSA, Micaela in Carmen and Musetta in La bohème for OzOpera and solo appearances in Madama Butterfly, Suor Angelica and Gianni Schicchi for Opera Australia.  She also sang Nella in Gianni Schicchi for the Macau International Music Festival, Carlotta in The Phantom of the Opera for Cameron Mackintosh and The Really Useful Group and Mabel in The Pirates of Penzance for the VSO (which was simulcast on ABC Television).


Sharon was a finalist in the German Operatic Awards and the Metropolitan Opera Awards and the winner of the Dame Mabel Brookes Fellowship.  Recordings include soprano soloist in Beethoven’s Symphony No. 9 (Opera Australia/TSO) released by ABC Classics.


In 2012, Sharon Prero sang Fiordiligi in Così fan tutte, Juliette in Die tote Stadt and High Priestess in Aida for Opera Australia.  She also appeared as soprano soloist in A Puccini Gala for Opera in the Vineyards.  In 2013, she took many leading roles for Opera Australia – Musetta in La bohème, Gutrune in Der Ring des Nibelungen and Micaela in Carmen; she returned to OA in 2014 as Musetta and sings Donna Anna for State Opera of South Australia in 2015.