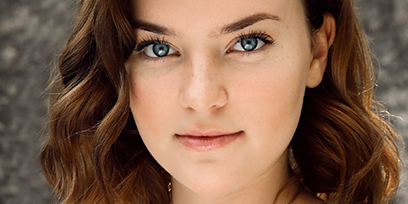 Taylah began dancing at 2 years of age and as a 12 year old she was an Australian Ballet School I.T.P Level 3, enrolling in the ballet course at John Curtin Collage of the Arts. Here she was quickly moved from the ballet class with peers her age, to the Year 12 class for new challenges to her growing potential. In 2013 she was asked to begin her full-time training at Katharine Mantle Performing Arts Academy and completed her schooling online via S.I.D.E (School of Isolated and Distance Education).

In 2014, she was accepted into the Joffrey Ballet School in New York. At 16 years old, she had completed and achieved her R.A.D Solo Seal exam and took class with the West Australian Ballet Company. After graduating early she was offered a position at WAAPA (West Australian Academy of Performing Arts) for 2017 in their diploma course, but accepted a scholarship to dance at The West Australian School of Dance by Mr Coppen.

In 2018, she won the Pre- Professional Award at the RAD Festival of Dance at the start of June and shortly after commenced a secondment with the Australian Ballet Company In 2019 Taylah made her professional musical theatre debut in Opera Australia and GWB Entertainment’s West Side Story which toured Australia, New Zealand and Germany.