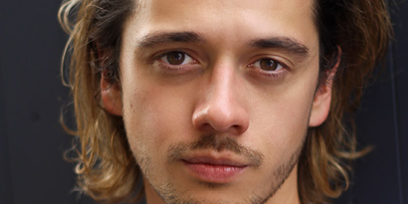 Temujin is a graduate from Village Nation with a Certificate IV in Dance and a Diploma in Musical Theatre, he also has a Certificate III in Theatre and Television from studying at ACTT. Temujin has been training vocally since 2010.

His recent performing credits are the international tour of the Opera Australia and GWB’s musical ‘West Side Story’ playing the role of ‘Pepe’ and understudy ‘Bernardo’ Working as a Singer/Dancer for ‘Celebrity Cruises’ and ‘Universal Studios’ in Singapore. Temujin has played Kenickie in Squabbalogic’s ‘The Original Grease’ and Cameron in the NSW and QLD tour of Supply Evolution’s ‘Bring It On – The Musical’.

Temujin is honoured to be returning to the stage as the role of Bernardo.