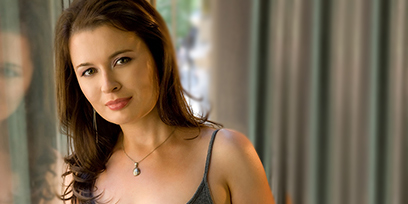 Australian mezzo soprano Victoria Lambourn studied piano, cello, singing and composition at the Queensland Conservatorium Music School before studying singing at the Royal Northern College of Music (UK), graduating with a Bachelor of Music (Honours), Postgraduate Diploma in Performance and Master of Music Performance. She performed her first operatic role at the age of 15 when she sang Dido in her school’s production of Dido and Aeneas. Her performance as Angelina in La Cenerentola for the RNCM led to an invitation to participate in the Accademia Rossiniana in Pesaro (Italy).  Awards include the Australian Music Foundation Awards, Peter Moores Foundation Scholarships and the 2014 German-Australian Opera Grant.

On the concert platform, Victoria has performed with the Sydney Symphony (Governess in Pique Dame), Melbourne Symphony (Lord of the Rings: The Two Towers, Percy Grainger Tribute concert), Queensland Symphony (Messiah, Opera Gala), Canberra Symphony (Beethoven’s Symphony No.9 and their CSOlé concert), Orchestra Victoria, Sydney Philharmonia, and Royal Melbourne Philharmonic. She has given two concert tours of China and was principal mezzo in Universal Studio’s Christmas Concert in Japan.

Her debut album (Lakmé) was released on the ABC Classics label; she appears on several other ABC Classics releases as well as the recently issued CD by Chandos of Percy Grainger works with the MSO.

In 2014, Victoria sang Suzuki in Madama Butterfly – for Opera Australia’s Handa Opera on Sydney Harbour, and Second Lady in The Magic Flute (OA) before relocating to Germany to take up a principal contract at the Hessisches Staatstheater Wiesbaden.  Her roles in Wiesbaden for 2014/2015 include Rosina, Nicklause (Les contes d’Hoffmann), Miss Jessel (The Turn of the Screw), Paquette (Candide) and Flora (La traviata).

In 2015/2016, Victorian Lambourn sings Hansel (Hansel und Gretel) and Oberto (Alcina) in Wiesbaden and Smeraldina (The Love for Three Oranges) for Opera Australia.