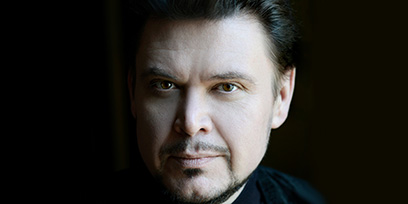 Praised for the depth and richness of his voice, Vitalij Kowaljow has established himself in recent years as one of the leading basses in the opera scene. Among his more than 40 performed roles are Verdi’s Filippo II in Don Carlo and Zaccaria in Nabucco, Russian language roles such as Prince Igor, Pimen in Boris Godunov and Prince Gremin in Eugene Onegin. Moreover, he has been acclaimed in Der Freischütz, in Faust, in Die Zauberflöte and in many Wagner’s titles.

In 2010 he debuted to great acclaim as Wotan and Der Wanderer in the Los Angeles Opera new production of Wagner’s Ring Cycle, conducted by James Conlon. The success of his performance led to an invitation by Daniel Barenboim for the season opening production of Die Walküre at La Scala in 2011.