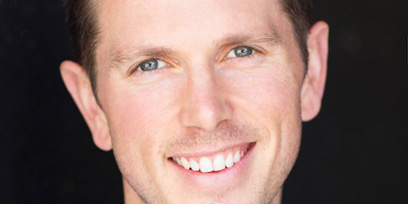 "Alex Rathgeber is the kind of leading man they don't mint anymore... Handsome and fleet-footed, easily the most impressive vocalist, with a strong upper register that vaults towards high notes."

Born and raised in Horsham, country Victoria, and a graduate of the Western Australian Academy of Performing Arts (WAAPA), Alex has become a true international leading man, starring in the West End, Australia, New Zealand and Asia, across a variety of disciplines including musical theatre, theatre, television, cabaret and in concert.

Stage credits include Raoul in Phantom of the Opera (London, Cameron Mackintosh), Robert Martin in The Drowsy Chaperone (Melbourne Theatre Company), Brad Majors in The Rocky Horror Show (TML), Greg Connell in The Boy From Oz (The Production Company), and Sid Worley in the world premiere production of An Officer And A Gentleman (Gordon Frost Organisation), for which he was nominated for Best Male Actor in a Supporting Role in the Sydney Theatre Awards.

Alex played the dual roles of Joe Kennedy Jr and Jerry in the Australian Premiere of Grey Gardens, which followed his performance as Billy Crocker in Anything Goes, both for The Production Company.

Alex received a Green Room Award nomination for Best Male Artist in a Featured Role for his portrayal of Older Patrick in Mame, and has also starred in TPC's The Boy Friend (Tony), Camelot (Lancelot) and Kiss Me, Kate (Gremio).

Further credits include the role of Billy in Sideshow Alley the Musical (QPAC), Fiddler on the Roof (TML), Annie Get Your Gun (TPC), The Pajama Game (TPC), and various tours throughout Asia for Walt Disney and Nickelodeon.

Alex has performed at various special events including the launch of 2013 Australian of the Year Awards, the singing of the National Anthem at the 2012 Golden Slipper, Musical Melodies in the Park, The Rob Guest Endowment Concert, Light the Night, Hats Off!, The Stacey Night and Very Special Kids remembrance days.