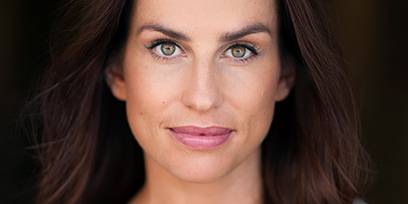 Amy Campbell is one of Australia’s most accomplished dance talents with a career spanning all areas of the entertainment industry.

Her extensive list of credits as one of the country’s top choreographers include Blue Saint Productions In The Heights in association with The Hayes Theatre Co (nominated for Best Choreography in a Musical for the 2019 Helpmann Awards and winning the Sydney Theatre Critics Award for Best Choreography of a Musical). Other credits are the Australian premiere of Violet (Broadway World Australia Award), An Act Of God  and Once for The Darlinghurst Theatre Company, ATYP’s sell out season of Spring Awakening, Side Show and Hispanic Attack for the Hayes Theatre (for which she was also the co-creator), the original Australian work Guilty Pleasures for Blue Saint Productions, and most recently the 50th Anniversary Touring Production of Hair.

In 2018, Amy made her choreographic debut for The Production Company with Oklahoma. She was also the choreographer on Sydney Symphony Orchestra’s Funny Girl, Porgy and Bess and Candide. Her television choreographic credits include Dance Academy, The X Factor, ABC’s Giggle and Hoot and numerous television commercials.

Represented by T&E Management Amy’s theatre credits include Dance Captain and role cover in the Australian tour of Dirty Dancing, Xanadu, Fame The Musical, Saturday Night Fever, the world premiere of King Kong Live on Stage, principal dancer in Opera Australia’s Carmen and most recently the Resident Choreographer of The Bodyguard Musical Australia.