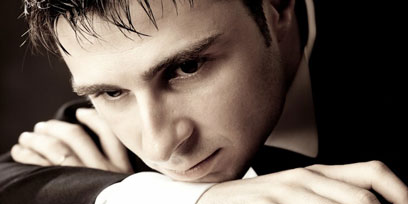 During 2015 he is engaged by Teatro Lirico Sperimentale A Belli in Spoleto, for Marcello in La Bohème and Dandino in La Cenerentola, by Cantiere Internazionale D’Arte in Montepulciano, for the Cardinal in Taglietti's Idroscala Pasolini and by Teatro Mercantini in Ripantransone as Figaro in The Barber Of Seville.

His past appearances at Teatro Mercaninti have included Marcello in La Bohème,  Doctor Malatesta in Don Pasquale and Belcore in L’Elisir D’Amore.

Other performances during the 2013/2014 European season included Scarpia in Tosca, the title role in Gianni Schicchi and Doctor Bilenski in Donatoni's Alfred, Alfred for Teatro Sperimentale A Belli in Spoleto, Ford in Falstaff at the Teatro Comunale in Ferrara, in Pesaro and Cesena and Marullo in Rigoletto in Ascoli.

Prior operatic engagements include Yamadori in Madama Butterfly at Teatro Delle Fonti, Monterone in Rigoletto for PocketOpera, and The Corporal in La Fille du Regiment for Circuito Lirico Lombardo, The Notary and Spinelloccio in Gianni Schicchi in Cesena, Figaro for the National Theatre Of Opera & Ballet in Tirana, forty-one performances of The Father in Hansel & Gretel for OperaDomani in Milan, Como, Brescia and other regional Italian centres and Masetto in Don Giovanni for Theatre Consorziale in Budrio.

His concert engagements included performances as part of the program of Spoleto's Festival dei Due Mondi during 2014.

He was the winner of the 2014 Concorso Comunita Europea competition in Spoleto and has been a member of Mirella Freni's masterclasses as a recipient of the Nicolai Ghiarov Scholarship.