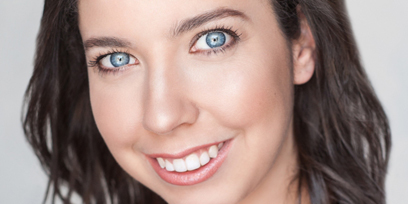 Sydney-born mezzo-soprano Anna McDougall completed her Masters of Music (Opera Performance) at Sydney Conservatorium of Music in 2014 under the tuition of Dr Rowena Cowley. She has been featured in operas such as The Marriage of Figaro; the title role of Miss Todd in Menotti’s The Old Maid and the Thief; Frugola in Puccini’s Il Tabarro with Harbour City Opera; and Mercedes in Carmen with Opera New England. In 2014 she sang the lead role of Jo March in Mark Adamo’s Little Women, with critics describing her performance as “a powerful champion's marathon run from the first to the last note” and “superb, both as an actress and singer”. Limelight Magazine praised Anna’s performance in The Old Maid and the Thief, referring to her as a singer “to watch out for”, and her voice as “spot on, evenly produced across the range”.

Anna has also performed in theatre, including lead roles in Australian dramas such as Speaking in Tongues, Our Country’s Good, Lockie Leonard: Human Torpedo, and Away; as well as musical comedies and operetta, such as Little Shop of Horrors, The Pirates of Penzance, Da Vinci Code: The Musical, and most recently with Gilbert and Sullivan Opera Sydney’s production Lolanthe in which she sang the Queen of the Fairies.­