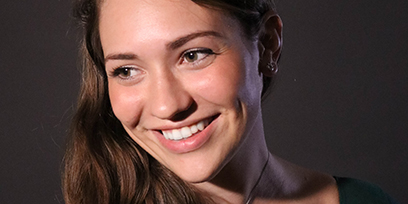 23-year-old Anna Stephens graduated in 2017 from the Queensland Conservatorium of Music with first-class honours and a University medal for academic excellence. She studied with Shelli Hulcombe at the Conservatorium, and with Susan Waters at London’s prestigious Guildhall School of Music and Drama while on a 6-month study exchange. During her studies, Anna performed the roles of Amor (The Coronation of Poppea), Papagena (The Magic Flute), Emmie (Albert Herring), Princess Laoula (L’Etoile), and The Storybook Princess/Le Feu/Le Rossignol (L’Enfant et les Sortileges). She has participated in masterclasses with internationally acclaimed singers, including Cheryl Barker (Australian National University), Vivica Genaux (Brisbane Baroque Festival), and Emma Matthews (ANATS). Anna is a regular soloist with Brisbane’s Underground Opera Company, Vavachi Entertainment, Canberra’s Opera by Candlelight, and the 7 Sopranos. She also performs regularly with a variety of orchestras, including the Brisbane Symphony Orchestra, Queensland Youth Orchestras, Camerata of St Johns, Brisbane Philharmonic Orchestra, Brisbane Lord Imperial Orchestra, and most recently, Anna performed as a soloist in Mahler’s 8th symphony under the baton of Johannes Fritzsch with the QLD Conservatorium Symphony Orchestra in the QPAC concert hall.

In 2018, Anna moved to Sydney to make her debut with Opera Australia singing the roles of Pamina, Papagena, and the Queen of the Night in the 2018 Schools Tour production of The Magic Flute. She was a finalist in the Sydney Eisteddfod Opera Scholarship competition, and won the Fine Music 102.5 Young Virtuoso Award state final, going on to compete in the national finals. Anna then received a scholarship to participate in the Lisa Gasteen National Opera School, where she played the role of Naiad in their production of Ariadne auf Naxos, under the baton of Simone Young. This year, Anna is very excited to be performing as the female swing in Opera Australia’s 2019 Schools Tour production, By The Light of the Moon.

By the Light of the Moon (Schools Tour)