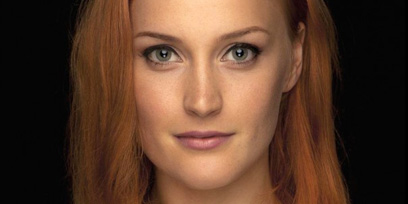 Annie is a recent graduate of the Victorian College of the Arts with a Bachelor of Fine Arts in Music Theatre and made her professional debut in the role of Bunny in the Australian tour of Sweet Charity (Tinderbox/Neil Gooding/Luckiest Productions) directed by Dean Bryant earlier this year.

Originally from Perth, Annie trained in all areas of performing from a young age, having danced since the age of four and studying classical voice under the tutelage of Linda Barcan. Whilst at the VCA, Annie played the lead female role of Sue Masters in James Millar and Peter Rutherford’s new musical A Little Touch of Chaos (dir. Iain Sinclair). Other lead roles include Renie McKenna in Nick Enright and Terrance Clarke’s Summer Rain (dir. Nancye Hayes), Stupifyin’ Jones in Li’l Abner (dir. Martin Croft), and Gertie Cummins in Oklahoma! (dir. Gary Young).

Annie is delighted to be making her debut with Opera Australia and GFO in Anything Goes, one of her all-time favourite shows. She wishes to thank her incredible family for their undying love and support, her wonderful agents at Morrissey Management and everyone who has taught and inspired her throughout her journey.