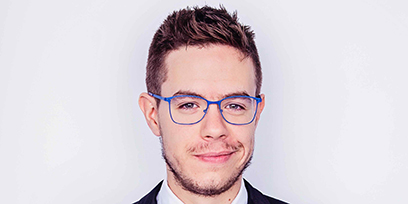 Antonio Fernandez is a Spanish-born Australian pianist and music director specialising in music for the stage and collaborative practice. He is currently based in Sydney, Australia.

Antonio was trained at the Royal Conservatory of Music in Madrid and, whilst completing his studies, was selected to tour as a member of the National Youth Orchestra of the Netherlands (2011). Since his arrival to Australia in 2013, Antonio has worked as a collaborative pianist with some of the leading arts organisations in Australia (Opera Australia; Gondwana Choirs; Sydney Children’s Choir; Sydney Philharmonia Choirs; Performance Space; Sydney Conservatorium of Music). In 2018, Antonio has been involved in several stage productions, including Opera Australia's Schools Company 2018 Tour of 'The Magic Flute' in NSW, BlueSaint Production's 'In The Heights', Little Triangle's 'Merrily We Roll Along' and Birdie's 'The Little Mermaid'. In November 2018, he will work as Music Director for Sondheim’s classic 'Company', presented by The Depot Theatre.

Antonio’s experience as a music director and collaborative pianist is nothing short of broad and eclectic, ranging from opera productions (El Kid 2017, Opera Australia; Il Tabarro  2016, directed by Constantine Costi; L'Enfant Prodigue 2017, directed by Lucy Scott), to theatre plays (Twelfth Night 2017, Felt Tip Theatre) and even cabaret shows (Misery Loves Cabaret, Bondi Feast 2018; Songs for Sarah Connor, Short and Sweet 2016). In March 2016, he was commissioned to create a music installation that explored the intersection between spontaneous music collaboration, improvisation and space for the Art, Not Apart Festival 2016 (WORKBENCH, 2016).

Antonio is also a passionate teacher and educator and feels proud of being part of Opera Australia’s leading educational initiative. 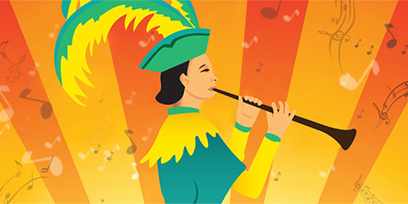