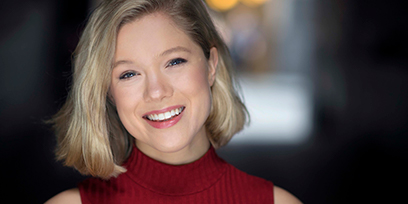 Born in Sydney, Ashleigh graduated with a Bachelor of Arts in Musical Theatre from WAAPA in 2014. While training, she played such roles as Mary Lane in Reefer Madness, and received the Warnock Award for Most Promising Student in 2013. Ashleigh graduated from the Talent Development Project in 2011 and in 2015 studied and performed in New York City as a recipient of the TDP/ASCAP Bound for Broadway Scholarship. Ashleigh was a top 3 finalist for the 2015 ANZ Trustees Rob Guest Endowment Award and made her professional debut in the 2015 national tour of Anything Goes, and toured with GFO’s production of The Sound of Music.