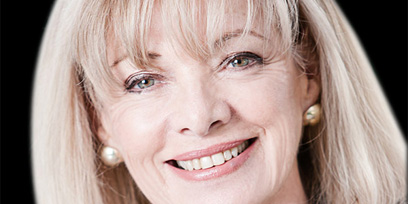 Carmen Duncan trained at NIDA, and has become one of Australia’s most respected and recognized actresses.

She received the Theatre Critics Award for Best Actress in Arthur Miller’s After The Fall, having previously been nominated for her role as Meg in the National Theatre’s tour of A Man For All Seasons. After spending much of the 60’s in London and the UK playing weekly rep, Carmen went on to play the lead in Make Me A Widow in the West End.

On her return to Australia in the 70’s she starred in several television series including Hotel, You Can’t See ‘Round Corners, Nice ‘N Juicy, The Battlers, Skyways and Skin Deep, as well as regular appearances in Homicide, Matlock, Number 96, A Country Practice, Certain Women, Division Four and many others. Film credits include Liquid Bridge, Run Chrissie Run, Platypus Cove, Bootleg, Now and Forever, Strange Holiday, You Can’t See ‘Round Corners, Don’t Let It Get You and Turkey Shoot. Carmen was nominated for an AFI Award for Best Actress in Harlequin and in the same year for the Penguin Awards for Touch and Go and Harlequin.

Moving to the United States, Carmen portrayed Iris Carrington Wheeler on the daytime soap opera Another World and was twice nominated for the Soap Opera Awards. Since returning home, she has had guest roles in Winners and Losers , CrashBurn, Always Greener, Farscape, Something in the Air, Head Start, Water Rats and All Saints, and in 2013/14 she toured Australia as Mrs Swettenham in A Murder Is Announced. Carmen is thrilled to be fulfilling a lifelong dream by appearing in Anything Goes, her first ever musical!