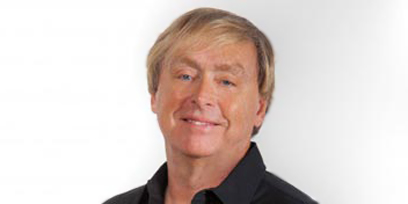 Christopher was born in Reading, England and educated at Magdalen College, Oxford.

After leaving University he went directly to The Royal Opera House, Covent Garden as a Resident Director. Since then Chris has directed operas, plays and musicals all over the world.

His favourite opera productions include Norma with Joan Sutherland at the Sydney Opera House, Eugene Onegin conducted by Rostropovich at the Aldeburgh Festival and a new production of Benjamin Britten’s A Midsummer Night’s Dream at Covent Garden

His celebrated series of Gilbert and Sullivan’s Operettas (The Mikado, HMS Pinafore and The Gondoliers) at Sadler’s Wells Theatre in London first led to a crossover into plays and musicals.

After directing productions of Aida and The Mikado at the Sydney Opera, Chris met John Frost. Their great collaboration led to productions of The King and I, How To Succeed In Business Without Really Trying, South Pacific and Hello Dolly, all of which played to great acclaim.

The King and I then transferred to Broadway, with Donna Murphy and Lou Diamond Phillips, and won four Tony Awards. Christopher himself won the Drama Desk Award and was nominated for a Tony as Best Director.

Christopher’s production of Queen’s We Will Rock You is still playing at London’s Dominion Theatre after 11 years, and his production of Taboo, which he co-conceived with Boy George, has just reopened in London after playing the West End and Broadway ten years before.

Chris Renshaw’s production of The Gipsy King’s Zorro has been seen in London, Amsterdam, Moscow, Tokyo and Paris. After opening at The Alliance Theatre Atlanta, last year, it is now on its way to Broadway.

Chris lives in Miami and Nicaragua.