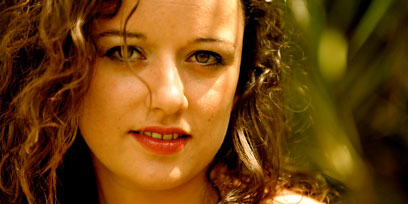 "An exceptional and promising talent on the international career ladder."

In Royaumont she attended master classes in Baroque style, with Nicolau de Figuereido, in the classic Lied with Anne Grappotte, Jeff Cohen and Ruben Lifschitz.

In the 2013/2014 season, Clémentine Margaine made her debut at the Dallas Opera in Carmen, performed at the Deutsche Oper Berlin in the same role and also appeared in Berlin in a new production of La Damnation de Faust. She also appeared in concert performances of Les Troyens in Masrseille.

In the 2014/2015 season, she returned to the Deutsche Oper Berlin, Munich and Montreal as Carmen, and subsequently appeared as Dalila in Samson et Dalila in Berlin. She also appeared that season in concerts of Elijah in Berlin and of the Mozart Requiem in Lisbon.

In 2015, Ms. Margaine will make her Washington Opera debut as Carmen and she will appear as Carmen in future seasons at the Metropolitan Opera, the Chicago Lyric Opera and at the Opera Bastille in Paris.

Other future engagements include Semiramide in Marseille, Roberto Devereux in Bilbao, and Carmen with the Canadian Opera Company in Toronto.

In 2010/11 she sang Carmen in the production Concerts de Poche under the direction of David Walter and the Third Lady in The Magic Flute in Avignon. In October of the same season she sang Verdi's Requiem in Klagenfurt and Mahler's Kindertotenlieder in Dijon and in Chalon sur Saône. In the 2011/12 season, Clémentine Margaine became a member of the cast at Deutsche Oper Berlin, where she introduced herself in a staged version of Verdi's Requiem. She also performed at the Abbey of Royaumont Margaine in Mussorgsky's Songs And Dances Of Death. At the Festival of Saint-Céré she sang the title role in Carmen conducted by Dominique Trottein.

Oratorios such as Rossini`s Messe Solenelle and Stabat Mater, Duruflé's Requiem, Dvorak's Stabat Mater and the Christmas Oratorio by Saint-Saens belong to the standard concert-repertoire of the artist.