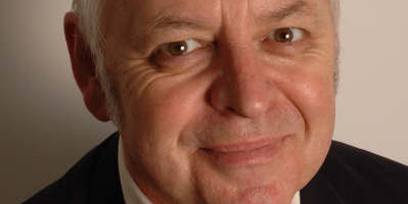 Born in Feilding, New Zealand, Conal Coad trained in the NSW Conservatorium of music Opera School before joining Opera Australia. He made his European debut with the Opera de Wallonie and has sung with all the major companies of Belgium; in Brussels, Liege, Antwerp, Charleroi, Ghent and Bruges, in the principal bass roles. In France he has sung in Paris, Bordeaux, Montpellier, Strasbourg, St Etienne, Le Mans.

Elsewhere in Europe he has performed regularly in Hamburg, Geneva, Lisbon, Venice, Bologna, Naples and Madrid.

He has performed in the UK in Covent Garden, Holland Park Festival Opera, Garsington Festival and Opera North.

Conal performs regularly in New Zealand with the national company.

In the USA he has performed in Washington and New York.  Conal has also performed in Israel in both opera and concert.

In 2006, Conal made his directing debut for Opera New Zealand in Don Pasquale in which he also sang the title role. This production toured to all the major centres throughout the country.

In 2013 Conal performed in Don Pasquale (title role) and Albert Herring (Superintend Budd), for Opera Australia in Sydney. Future roles also include the UK and Japan, Sydney and Melbourne.

In 2014 Conal will reprieve Don Pasquale and Elixir of Love for Opera Australia as well as The Turk in Italy and Opera On The Beach, The Magic Flute, Gold Coast. Recordings/DVDs include: Mozart Bass Arias, NZ at Covent Garden, Mozart Opera Arias, My Beloved Father, Ruaumoko, Orakau (Morrison Trust), Don Giovanni (Leporello) Opera Australia and soon to be released Don Pasquale, Opera Australia.