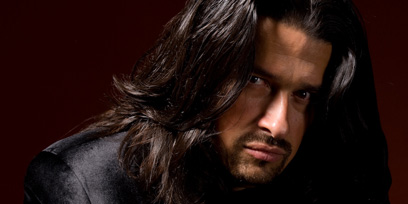 Dalibor Jenis studied at the Bratislava Conservatory, as well as at the Accademia Italiana in Osimo, Italy. He has been awarded several prizes in international singing competitions, such as the Alfredo Kraus competition and, in 1990, the Belvedere competition in Vienna

He is widely considered one of the best Figaro interpreters of Rossini’s Il barbiere di Siviglia, a role he has performed with many theatres, Paris, Hamburg, Vienna, Berlin, Frankfurt, Verona, and will also perform in the future at the Deutsche Oper Berlin, at the New National Theatre in Tokyo, among others.

Other acclaimed roles include Enrico in Lucia di Lammermoor, Valentin in Faust Guglielmo in Così fan tutte, Lescaut in Manon Lescaut, Marcello in La bohème, Oneghin in Eugen Oneghin, Jeletzki in Pique Dame, Conte in Le nozze di Figaro, the title role in Don Giovanni, Posa in Don Carlos at the season opening of La Scala Milan in December 2008, Renato in Un ballo in maschera (at the Staatsoper Berlin, Royal Opera House Covent Garden London), Conte di Luna in Il trovatore at the Opera Oviedo. In 2011 he made his debut as Jago in Otello in Hamburg, and more recently Ford in Verdi’s Falstaff.

In 2009 and early 2010, he sang Eugen Oneghin at the Staatsoper Vienna, La bohème at the Opéra Bastille in Paris, La traviata at the Deutsche Oper Berlin, Il barbiere di Siviglia in Paris and Hamburg as well as at the Arena in Verona. Commitments of season 2010-2011 also included Valentin in Faust at La Scala Milan, Le nozze di Figaro in Paris, Eugen Oneghin at the Staatsoper Hamburg as well as at the Los Angeles Opera conducted by James Conlon.

2012 he debuted in the role of Ford in Falstaff at the Covent Garden, followed by the debut of the role of Cavalier Belfore in Un giorno di regno in Bilbao, Nabucco in Antwerp, Ezio in Attila at the Deutsche Oper Berlin.