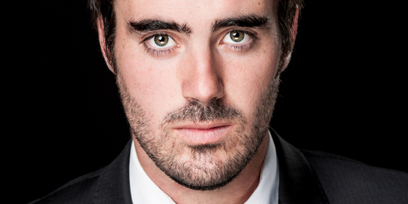 Damian has just completed his Bachelor of Music at the Sydney Conservatorium, where he was the recipient of the Linda Kingsbury Jeffery Scholarship for Voice.

His performance experience includes Don Basilio in The Marriage of Figaro, Mozart in Mozart and Salieri by Rimsky-Korsakov, Hugo in Offenbach's Love By Lanternlight, The Tenor Lover in Puccini's Il Tabarro and Edward in Trial by Jury.

He also has had an extensive Concert experience, including performing the Tenor Soloist in: Handel's Messiah, Gounod's St Cecilia Mass, Britten's Rejoice in the Lamb, Haydn’s Paukenmesse, Mozart's Coronation Mass, Stainer's Crucifixion, Peterson's Shadows and Light and as a featured Soloist with the Sydney Schubert Society.

Damian spent the last winter in Europe, representing the Sydney Conservatorium in its Inaugural Estivo Summer School in Italy; as well as studying under teachers in Germany and Austria.

He is looking forward to his first role with Opera Australia; Rolan in the adaptation of Rossini’s La Cenerentola.