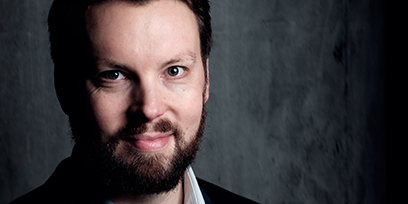 David Butt Philip was born and brought up in Wells in Somerset and was a chorister at Peterborough Cathedral. He is a graduate of Royal Northern College of Music, the Royal Academy of Music, and the National Opera Studio and also a Samling Artist, an Associate of the Royal Academy of Music and winner of the prestigious John Christie Award in 2011. The British tenor is an alumnus of the Jette Parker Young Artists Program, Royal Opera House. Recent debuts such as title role Der Zwerg, Erik Der fliegende Hollander, the title role of Brett Dean’s Hamlet, Laca Jenufa and Grigoriy Boris Godunov have attracted serious attention and have established him as one of the most exciting young helden tenors Britain has to offer today.

In the 2019/20 season, Butt Philip makes a series of debuts including role debuts as Florestan Fidelio at Glyndebourne and in Prague and Prince Rusalka at ENO. He also makes a company debut at Oper Köln in the title role of Brett Dean’s Hamlet in a new production by Matthew Jocelyn. Highlights on the concert platform include Verdi Requiem with the BBC National Orchestra of Wales and performances of Beethoven Symphony No. 9 with the Radio Symphony Orchestra Berlin at New Year, and with the Hallé Orchestra and Sir Mark Elder at Bridgewater Hall and the Barbican.

Last season, Butt Philip made his acclaimed company and role debut in the title role Der Zwerg, a new production by Tobias Kratzer at Deutsche Oper Berlin. He also returned to Madrid to sing Froh Das Rheingold in the new Ring Cycle production of Teatro Real. British audiences saw him at Royal Opera House as Grigoriy Boris Godunov; ENO in Daniel Kramer’s new production of Britten’s War Requiem; and at Opera Holland Park in his debut as Count Vaudemont in Tchaikovsky’s Iolanta. His busy concert season included Beethoven Symphony No. 9 on New Years’ Eve with the Radio Symphony Orchestra Berlin and Vladimir Jurowski, Dream of Gerontius at Gloucester Cathedral, Tippet’s A Child of our Time in Lisbon, Beethoven Missa Solemnis with Rundfunkchor Berlin and Kammerakademie Potsdam, Verdi Requiem with the Royal Philharmonic Orchestra at the Royal Albert Hall and Faust La damnation de Faust with the Hallé Orchestra.

Recent engagements include his company debut with Teatro Real as Roberto Devereux, Earl of Essex in Sir David McVicar’s new production of Gloriana as well as taking on the title role of Brett Dean’s Hamlet with Glyndebourne on Tour. Other highlights include Erik Die Fliegende Hollander at Opéra de Lille Folco in Mascagni’s Isabeau at Opera Holland Park, Laertes in the premiere of Brett Dean’s Hamlet at Glyndebourne, Narraboth Salome at Royal Opera House and Laca Jenufa with Opera North. On the concert platform, Butt Philip performed Elgar’s Dream of Gerontius with the Hallé Orchestra and Sir Mark Elder, Verdi’s Requiem with the Royal Liverpool Philharmonic Orchestra, Britten’s War Requiem with Opera Orchestra National Montpellier and Orquestra Sinfonica Portuguesa, Brett Dean’s From Melodius Lay with Vladimir Jurowski and the Rundfunk-Sinfonieorchester Berlin and Prokofiev’s Seven, they are seven with the Philharmonia under the baton of Vladimir Ashkenazy. He also made his role debut as Faust La damnation de Faust in a concert performance with the Orchestra of Opera North.

David Butt Phillip is supported by Hans and Petra Henkell