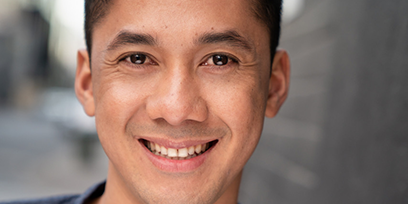 David is a graduate of the Australian Dance Performance Institute and the Western Australian Academy of Performing Arts (WAAPA) with a Bachelor of Music Theatre. He most recently finished the Australian tour of Muriel’s Wedding The Musical, for which he was also in the cast of the original Sydney Theatre Company/ Global Creatures production. His other theatre credits include Showboat (The Production Company), Privates On Parade (New Theatre), Luke in Anything Goes (Opera Australia/ John Frost), Marilyn King in Hidden Sydney (Live Ideas/ Working Management) and the roles of Thuy and Engineer Cover in Miss Saigon (Packemin). He appeared in the short film Meat (Sunday Productions), which was nominated for an Australian Directors Guild Award in 2015. David would like to thank his family, friends and Working Management for their love and support. He is a proud member of Actors equity.