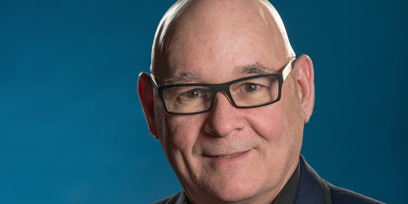 Dennis Watkins is an artistic director, writer, producer and stage director and has also been an actor and broadcaster.

Since 2012 Dennis has been Artistic Associate at Newtheatricals, producer of Jersey Boys, The Addams Family and Blue Man Group in Australia, and Rocky, Here Lies Love and Tommy in the USA. He is currently working on ideas for new musicals to be produced in 2017 and 2018 as well as creating the framework for an international Festival of Musical Theatre.

Previously he was Director of the Music On Film Festival at the Palais Theatre, St Kilda and Head of Public Programs at Sydney Opera House where he was Producer and Co-Artistic Director of the first Festival of Dangerous Ideas.

He wrote the Book and Lyrics for a number of musicals including Beach Blanket Tempest, Pearls Before Swine, Dingo Girl, The Emerald Room, and Burger Brain, and the lyrics for the animated film The Magic Pudding. He wrote The Puccini Spectacular for Victorian State Opera and the libretto for the acclaimed opera about the Sydney Opera House, The Eighth Wonder, for the Australian Opera.

His directing credits include Sydney Opera House’s 40th Anniversary Concert, the Jørn Utzon State Memorial, the first five annual Helpmann Awards, the arena equestrian spectaculars Cavalcade and The Saddle Club, and the Main Arena entertainment at the Sydney Royal Easter Show. He directed the immersive attractions The Titanic Experience for Fox Studios’ Backlot and Santa’s Kingdom in Melbourne and Sydney.

As Head of Comedy at ABC Television he was Commissioning Editor and Executive Producer of Good News Week, The Games, The Micallef Program, Elle McFeast Specials, Club Buggery, Roy and H.G.’s Planet Norwich, A River Somewhere, The Adventures of Lano and Woodley, and others.  Prior to that, he was Producer of the ABC TV special Once In A Blue Moon.

He was a Commissioning Editor and broadcaster at ABC Radio where he created the Radio National program Live Wire and presented live concerts and the arts program Performance.

He introduced Theatresports to Australia and directed its first seasons in Sydney, Perth, Adelaide and Melbourne. He was Associate Producer of the Theatresports Television Series for the ABC.

He was Associate Director at Sydney Theatre Company and Artistic Counsel at Belvoir St Theatre and State Theatre of South Australia. He produced Family Concerts for the Sydney Symphony.
He was Artistic Director of Sydney Gay and Lesbian Mardi Gras and the Orange Festival of Arts. He was Creative Consultant to Fox Studios Backlot.
He was a board member of Company B (Belvoir St Theatre), Sydney Opera House Trust and is currently Chair of Australian Performance Exchange. 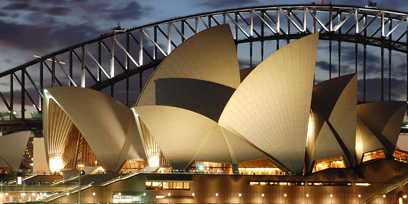 How do you write an opera about a building?