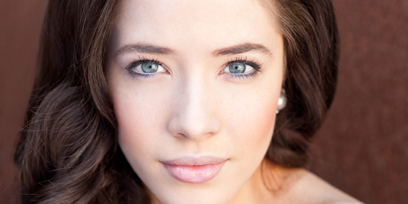 Elisa graduated with a Bachelor of Music (Music Theatre) from the Australian Institute of Music in 2009, where she held a vocal scholarship. Upon graduating she was cast in the role of Nessarose in the Sydney season of Wicked (GFO), making her professional debut. Following the successful Australian tour of Wicked, Elisa went on to perform the role of Nessarose to international audiences in Singapore and Seoul.

Her other professional musical theatre credits include understudying/performing the role of Cosette in the Australian Tour of the 25th Anniversary Production of Les Misérables (Cameron Mackintosh/Michael Cassel Group) and the coveted role of Maria in West Side Story for Neil Gooding’s Packemin Productions.
In 2016, Elisa originated the role of Salomé in the workshop presentation of Faust: A New Musical (AlphaCrucis Arts) and performed the role of Mary Powell in the workshop presentation of Kingsford Smith — The Musical (GFO). Elisa was honoured to be a 2013 finalist in the prestigious ANZ Rob Guest Endowment Award. Her screen credits include ‘Coffee Girl’ in the eHarmony commercial campaign ‘What is Compatibility?’ and featured actor in Tiny Little Houses music video “Milo Tin” (Ivy League Records). She has performed at numerous concerts and events including the national anthem for the W-League Football Grand Final. Elisa is a proud member of Actors Equity.