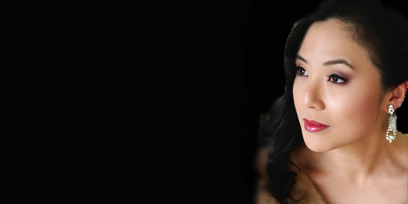 In 2019, outstanding soprano Eva Kong sang the title role in Opera Australia’s touring production of Madama Butterfly and made her début as Violetta (La traviata) in Seoul, South Korea; she also appeared as soprano soloist in Iris dévoilée for Sydney Symphony and sang Kumudha in A Flowering Tree for Opera Queensland. She returns to the national company in 2020 as Woglinde in their new production of Der Ring des Nibelungen.

For Opera Australia in 2017/2018, she appeared in The Nose, Parsifal and Great Opera Hits and sang Madame Mao in The Nixon Tapes for the Sydney Opera Hose Trust; she also sang La Charmeuse in Thaïs and took the sopranos solos in Carmina Burana for the Melbourne Symphony and sang Donna Anna (Don Giovanni) for Opera Queensland.

Eva’s engagements for 2015/2016 included Donna Anna, Laura in Luisa Miller, Princess Linetta in The Love for Three Oranges, Barbarina in Le nozze di Figaro and Giannetta in L’elisir d’amore for Opera Australia. Her performance as Laura earned her a Green Room Award. She also sang Liù in Turandot and the High Priestess in Aida for Handa Opera on Sydney Harbour.

Born in Korea and now based in Sydney, Eva attained her Bachelor of Music at Hanyang University, South Korea - continuing her studies at Sydney Conservatorium of Music with a Graduate Diploma in Music in 2010.