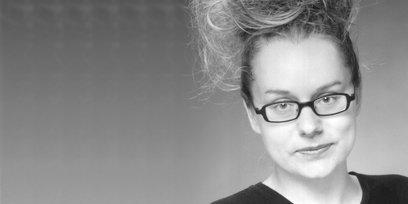 Gabriela was born in the Czech Republic, studied in Europe and Australia, and graduated in Design in 2000 at NIDA.

Gabriela’s work has been exhibited at the Prague Quadrennial in 1999 and 2015, as well as in the upcoming Moscow exhibition “Costume at the Turn of the Century 1990-2015”. Some of Gabriela’s career highlights include designing Love Never Dies, the Australian production of Andrew Lloyd Webber’s follow up musical to The Phantom of the Opera (Australia, Japan, Germany), Cosi Fan Tutte, Sweeney Todd, L’elisir D’amore, Baroque Masterworks, Salome, Il Turco In Italia, The Rabbits for Opera Australia, The Visit, Cyrano De Bergerac, The Pillowman, Urinetown, Tomfoolery for Melbourne Theatre Company, Macbeth, Fireface, Attempts On Her Life, Volpone, This Little Piggy, Rosencrantz and Guildenstern Are Dead for Sydney Theatre Company, Scheherazade for The Australian Ballet, Boomerang, Of Earth And Sky for Bangarra Dance Theatre, Can We Afford This/The Cost Of Living for DV8 Physical Theatre (Sydney 2000 Olympic Arts Festival), A Funny Thing Happened On The Way To The Forum for Gordon Frost Organisation and the Broadway musical adaptation of First Wives Club (USA).

Gabriela also designed the sets and costumes for the opening and closing ceremonies of the 2006 Asian Games in Doha, Qatar. 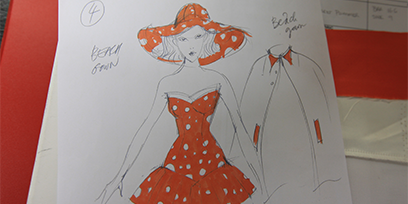