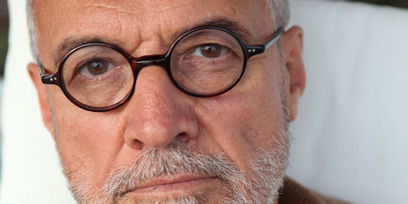 Giancarlo del Monaco, a world renowned stage director known also as the son of the famous tenor Mario del Monaco, has directed operas on the world's most prestigious stages. Always focused on every detail, his work is ravishing, powerful, and insightful. Growing up with his ingenious father who performed with the greatest conductors of all time as well as the most magnificent opera singers of the 20th century, Giancarlo del Monaco was surrounded by music from an early age and developed a special sense for music and the art of stage.

In 1965 he made his debut as a stage director in Siracusa, Italy with Samson et Dalila starring his father. The next few years he spent working in Germany as assistant director to Wieland Wagner, Günther Rennert and Walter Felsenstein. From 1968 to 1970 he worked as Rudolf Gamsjäger’s personal assistant while he was artistic manager at the Vienna Staatsoper. From 1970 to 1973, as principal stage director in Ulm he staged about fifteen productions.

In 1975, along with his father, he founded the Festival of Montepulciano of which he became the artistic director. Five years later he was appointed general manager of the Kassel Staatstheater. The following years, he performed the same duty for the Macerata Festival (1986-1989), Bonn Oper der Bundesstadt (1992-1997) and the Opera of Nice (1997-2001).

In 1991, he was invited to stage La Fanciulla Del West at the Metropolitan Opera. This was followed by Stiffelio, Madama Butterfly, Simon Boccanegra and La Forza Del Destino (for which he was awarded by the American Institute of Verdi Studies). All of these Metropolitan productions were filmed and internationally broadcasted and are still part of the Metropolitan repertoire today.

He has collaborated with the most important conductors (Riccardo Chailly, Wolfgang Sawallisch, George Pretre, Giuseppe Sinopoli) and stage designers of the operatic world to create some of the most breath-taking works ever seen on stage.

Giancarlo del Monaco has received numerous awards, such as the Viotti d'Oro, the Bundesverdienskreutz 1. Klasse from the President of the Federal Republic of Germany, the Cavaliere Ufficiale della Repubblica, the Commendatore dell'Ordine al Merito della Repubblica Italiana, the Brasilian Ordem Nacional o Cruzeiro do Sul for the staging of the Brazilian work Il Guarany by Carlos Gomez (1994) in Bonn with Placido Domingo as well as an award for the recording of this piece with the Bonn Opera for Sony Classics. Giancarlo del Monaco received the title Honorary Doctor of Cultural Arts of Palm Beach Community College, the title Chevalier des Arts et des Lettres from the French Minister for Culture, the Premio Illica (1998) for his achievements as director, the title Citoyen d'Honneur de la Ville de Montpellier and the Aigle de Cristal de la Ville de Nice (2001, France), the Spanish Lyric Award Premios Liricos Teatro Campoamor (2008), for the production Cavalleria Rusticana and I Pagliacci at the Teatro Real, Madrid.

From 2009 to 2011, he was the artistic director of the Tenerife Opera Festival.

In 2013 he directed Tosca in Lausanne, L’Elisir d’Amore in Helsinki along with Otello and L’italiana In Algeri at NCPA Beijing.

Among engagements in 2014 we remember Manon Lescaut in Leipzig, Luisa Miller in Lausanne and Roberto Devereux in Zürich, Andrea Chenier in Florence, Cavalleria Rusticana and I Pagliacci at NCPA Beijing while recently in 2015 Otello in San Paolo du Brasil, La Fille Du Régiment and a new Chinese opera at NCPA in Beijing.