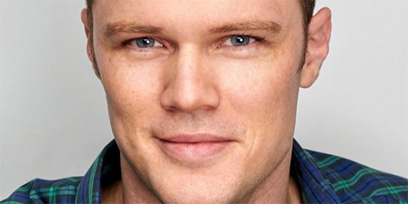 Born in Melbourne, Glen is a graduate of The Victorian College Of The Arts Secondary School. He also trained in musical theatre and dance at Centrestage Performing Arts School with Leanne and Ian White in Brunswick.

Glen was invited to be an original ensemble member of the World First Adaption of Wicked for Universal Studios Japan in 2006. He has also toured throughout Asia with various Disney Productions including Encore! (Tokyo Disney Sea), Jumpin’ Jam (Shanghai), Mousecar Awards, and A Dream is a Wish. In 2006, Glen was featured in the DVD Bindi KidFitness, for which the album won a Platinum ARIA Award. He then performed with Bindi and the Crocmen at Australia Zoo, followed by an Australian tour. Corporate events include the Helpmann Awards®, Kitty Can Tap, the Good Friday Appeal and Hats Off. Television credits include Blue Heelers, Short Cuts, Uncle Toby’s, and Carols By Candlelight.

Glen is thrilled to being sailing the Atlantic in this production of Anything Goes. He dedicates his performance to his wonderful family and agents at IWM who have been supportive every step of the way. Glen is a proud Equity Member since 2002.