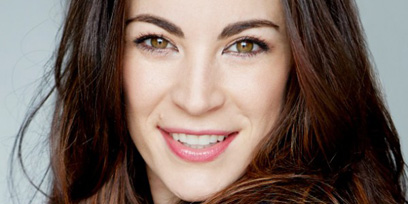 Hayley graduated with a Diploma of Dance (Performance) from Dance World Studios in 2006, receiving a scholarship award to continue studying for a further six months. She has also spent time training in LA and London as well as completing studies at NIDA.

In 2007, Hayley made her professional debut in Monty Python’s Spamalot. Other Australian theatre credits include Crazy For You (The Production Company), Hairspray the Musical (Dainty Consolidated), Andrew Lloyd Webber’s Love Never Dies (Really Useful Group) and King Kong Live on Stage – the World Premiere Production with Global Creatures, for which she was also involved in the final workshop.

Most recently, Hayley made her UK debut at London’s O2 Arena in Monty Python Live: One Down, Five To Go which was broadcast live worldwide to cinemas and television and is now available on DVD. She then joined the tour of Barry Manilow’s Copacabana, covering the role of Gladys Murphy.

Hayley has also performed at Disneyland USA, in Singapore as the Queen of Hearts in Alice in a Christmas Wonderland (Pen 2 Stage), at L’Oreal fashion weeks, Vision Australia’s Carols by Candlelight, the Australian Open, the Australian Grand Prix, Elle McPherson’s Obsidian lingerie launch, on Rove Live, Australia’s Got Talent, Dancing with the Stars and appeared in Vogue Online.

Hayley is delighted to jump on board with Anything Goes and would like to thank everyone who has contributed to her success thus far. Thank you for the continuous love, support and patience!