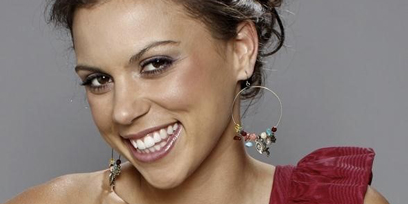 Hollie Andrew is certainly a bright Australian star with her professional credits covering film, television, theatre, musical theatre and music. She has received acclaim across the board for all areas of performance.

Hollie graduated from the Western Australian Academy of Performing Arts (WAAPA) in 2002 with a Bachelor of Arts (Musical Theatre) after completing an Honours Degree in Drama at Flinders University (SA) in 1999.

In 2009 Hollie was awarded a GLUG for best supporting actress for role as ‘Suzie Tyrone’ in The Ruby Sunrise by Ensemble Theatre and in 2004 Hollie was nominated for an AFI as Best Supporting Actress for her role as ‘Bianca’ in the feature film Somersalt directed by Cate Shortland, which she starred alongside Sam Worthington and Abbie Cornish.

For the most part of 2010 Hollie performed in a 6-month Australian & Korean tour of the play/ musical The Sapphires (Company B & Black Swan) staring alongside Christine Anu and Casey Donovan.