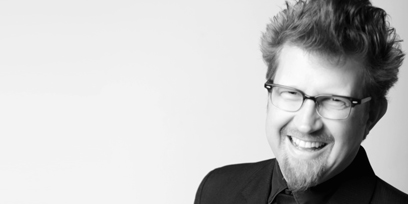 Iain Grandage composes, conducts and performs. He has received the prestigious Sidney Myer Performing Arts Award, the Ian Potter Emerging Composer Fellowship, and been Composer-in-Residence with the WA Symphony Orchestra, and Musician-in-Residence at the UWA School of Music, where he is currently an Honorary Research Fellow.

As music director, he has won Helpmann Awards for his work with Meow Meow on the Malthouse/Sydney Festival production Little Match Girl, and with the cast on Sydney Theatre Company’s The Secret River.

His compositions for the theatre include Helpmann Award winning scores for Cloudstreet and The Secret River, and Green Room Award winning scores for Lawn, In the Next Room, Babes in the Wood, The Odyssey and The Blue Room for theatre companies including Belvoir, Black Swan, Malthouse, MTC and STC. His first opera, based on Tim Winton’s The Riders premiered to great critical and audience acclaim in Melbourne in 2014.