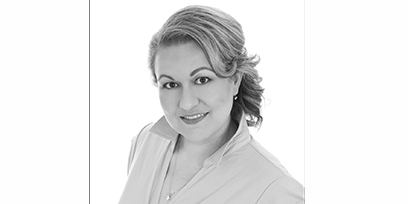 Ileana made her international debut as Maddalena in Rigoletto with the Tokyo National Opera and appeared later as the alto soloist in Beethoven's 9th Symphony. She has also appeared in Tokyo in an international singer’s concert collaboration for the National Opera of Japan as well as in concert in China with the Beijing State Opera.

Ileana’s oratorio appearances are extensive and include the Verdi Requiem, Dvořàk’s Stabat Mater, Handel’s Solomon, Messiah, Israel in Egypt, As Pants the Heart, and Rossini’s Petite Messe Solenelle. She has given many recital performances, including the prestigious Swan Songs Series, of works from the broadest spectrum from Mozart to Richard Strauss and Wagner. She has also recorded recitals for ABC Classic FM.

Ileana Rinaldi’s future engagements include Amneris in Aida (Verdi), Alisa in Lucia di Lammermoor (Donizetti), Contessa Ceprano in Rigoletto (Verdi), The Forester’s Wife and The Owl in The Cunning Little Vixen (Janáček), The Witch and Foreign Princess in Rusalka (Dvořàk) and The Gardener in Beyond The Wall (E. Jayakumar).