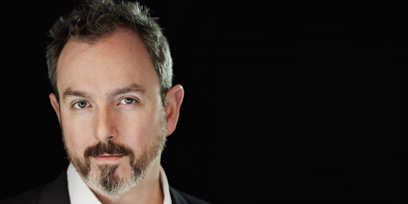 He most recently perfomed the roles of Conte in Le Nozze di Figaro, and Germont in La Traviata in tours of China with the Australian International Opera Company. He also appeared in the title role in Melbourne Lyric Opera’s recent  production of Gianni Schicchi.

For Opera Australia, James most recently performed in the Victorian Schools program, appearing in  The Sound Garden, Sid the Serpent and Hansel and Gretel. While a full time member of the OA chorus (2000-2007), he performed the roles of Fiorello and Officer in Il Barbiere di Siviglia, Guide / Boatman / German Father in Death In Venice, Customs Officer in La Bohéme, Commissario in Il Signor Bruschino, 2nd Officer in  Madeline Lee, Minos/Eachus/Rhadamantus in Orpheus in the Underworld, Millhand/ Foreman in Lady Macbeth of Mtsensk, Soldat in Der Freischutz, and Fisherman in Peter Grimes. Live performances of Madeline Lee and Il Signor Bruschino were broadcast on ABC Classic FM in 2004 and 2005 respectively.

For Victorian Opera, he most recently appeared as The King in Richard Gill’s pantomime of Sleeping Beauty in 2013, and in Cinderella the previous year. Other roles include Papageno and Dandini in education performances of The Magic Flute and Cenerentola respectively, and singing the role of Boniface in Angelique in 2010. He understudied the title roles in Rembrandt’s Wife and The Bear, and main roles in Die Zauberflöte, The Rake’s Progress and Le Nozze di Figaro.

For Melbourne Opera he has appeared as Morales in Carmen, Kromov in The Merry Widow, Baron Duphol in La Traviata, Sharpless in Madama Butterfly, and Pizarro in Fidelio.

He has also performed with The Australian Ballet, Australian Brandenburg Orchestra, IMG, the Melbourne International Arts Festival, and Melbourne City Opera among many others. His concert repertoire includes everything from Bach to Britten, and several contemporary pieces. Future engagements include a concert of Britten’s Songs and Proverbs of William Blake with Aria award winning pianist Sally Whitwell,  and the Troll in El Kid for OA’s Schools program.