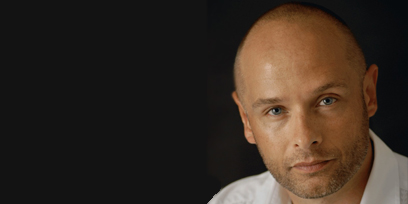 Australian tenor Jason Wasley received a scholarship in 1991 to attend the Victorian College of the Arts Opera Studio in Melbourne.  In 1993, Jason won the Herald-Sun Aria, which enabled him to further his studies in Europe.  The following year he represented Australia in the finals of the Placido Domingo World Operalia Competition in Vienna.  Jason then worked as an apprentice soloist with the Victorian State Opera, undertaking the roles of Sciarrone and The Gaoler in Tosca, Juan in Don Quichotte, Tarquinius in The Rape of Lucretia and Robin Oakapple in Ruddigore.

After study at Bertrand Russell Institute of Languages in Italy, Jason moved to London where he was accepted into the National Opera Studio. There, he studied and performed in the roles of Figaro in The Barber of Seville, Silvio in Pagliacci, the title role in Billy Budd, Prince Tarquinius in The Rape of Lucretia, Sid in Albert Herring, Count Almaviva in The Marriage of Figaro, the title role in Eugene Onegin, Schaunard in La bohème and Belcore in L’Elisir d’Amore.

He worked for the Glyndebourne Festival and Touring opera companies performing in the chorus and covering the roles of the Second Prisoner in Fidelio, Patrocle in Iphigénie en Aulide, Morales in Carmen, the title roles in Eugene Onegin, Le Nozze di Figaro and Don Giovanni.  Jason has also worked with the Welsh National Opera’s education programme, which included performing Don Giovanni and Escamillio from Carmen. He sang the Boatswain in H.M.S. Pinafore for D’Oyly Carte Opera, Figaro in The Barber of Seville for British Youth Opera, Peter in Hansel and Gretel for Clonter Opera and Belcore in L’elisir d’amore for Pegasus Opera Company.  He also sang Kullervo in the British premiere of Aulis Sallinen’s Kullervo.

For Melbourne Opera, he has performed Papageno in The Magic Flute and Marullo in Rigoletto. For OzOpera, he sang Marcello in La bohème and Dancairo in Carmen. For Promac Productions he performed the roles of Pooh-Bah in The Mikado, The Pirate King in The Pirates of Penzance and Captain Corcoran in H.M.S. Pinafore.  In 2006, he moved from baritone to tenor and sang the tenor solos in Verdi’s Requiem for the Melbourne Chorale, the roles of Don José in Carmen and Cavaradossi in Tosca for Melbourne Opera, the title role in Stravinsky’s Oedipus Rex for Victorian Opera and Pinkerton in Madama Butterfly for OzOpera’s national tour.

Most recently, Jason Wasley has sung Alfredo in Opera Australia’s touring production of La traviata, the tenor solos in Beethoven’s Symphony No. 9 with Sydney Philharmonia, Florestan in Fidelio, Max in Der Freicschütz and the title role in Rienzi for Melbourne Opera, Verdi’s Requiem with Sydney University Chamber Choir and Rodrigo in Otello for State Opera of South Australia.