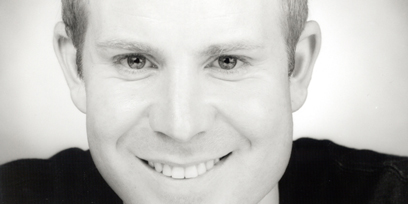 John graduated from the National Drama School in Melbourne in 1988, before graduating from the directors’ course at NIDA in 2002. In August 2010 John became the Artistic Director at Barking Gecko Theatre Company.

John has a notable career working with some of Australia’s most respected theatre companies. For WAAPA John has directed Richard III, Unidentified Human Remains and Blood Will Have Blood (2011). At NIDA John directed Reg Cribb’s The Return, A Midsummer Night’s Dream, Who’s Afraid of the Working Class, Closer, Attempts on her Life and Hamlet.  For B Sharp, John directed Sarah Kane’s play Blasted and Lawrence Mooney’s Sink or Swim.  John was Assistant Director on The Lieutenant of Inishmore with Neil Armfield at Belvoir Street (2004) and with Julian Meyrick on Doubt at the STC (2006). John directed a critically acclaimed sold-out season of Mark Ravenhill’s play Some Explicit Polaroids at Darlinghurst Theatre and Patricia Cornelius’ highly successful play Love at B Sharp (2006). Some Explicit Polaroids and Love were both nominated for Best Independent Production at the 2006 Sydney Theatre Awards. John was Assistant Director to Richard Cottrell on Ying Tong – A Walk with the Goons for the Sydney Theatre Company which went on to tour nationally across Australia

In 2008, 2009 and 2010 John directed the Actors at Work Program for the Bell Shakespeare Company, touring extensively to schools across Australia. For Parramatta Riverside, John directed Suzie Miller’s All The Blood And All The Water and the highly acclaimed Far Away for Black Swan Theatre Company. In late 2008 John spent three months in New York and London. While in New York, John assisted Edward Albee on a workshop of his new play ME, MYSELF AND I. John travelled to London to work with Cicely Berry at the National Theatre.

For Griffin Stablemates, John directed Tiger Country and Neil LaBute’s The Distance From Here. John also collaborated with Ross Mueller on a new production entitled This Highway Home with a creative workshop held in 2010.