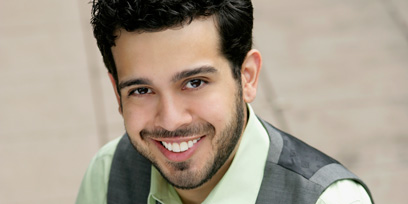 Juan José de León is capturing the attention of audiences and critics alike. Hailed for his "big voice" and "versatility (Pittsburgh Tribune-Review) the young tenor is rapidly bursting onto the operatic scene. In the 2012/13 season Juan José de León completed his residency with the Pittsburgh Opera where he appeared as Matteo Borsa in Rigoletto, Paolino in Il
Matrimonio Segreto, and Don Ramiro in La Cenerentola. He also joined The Wolf Trap Opera in the summer of 2013 where he performed the roles of Count Libenskof in Il Viaggio a Reims and Dr. Caius in Falstaff.

Mr. de León began a busy 2011–12 season singing the role of Gastone in La traviata with the Pittsburgh Opera's world renowned Resident Artist Program. He also made appearances with the company as Nadir in Les Pêcheurs de Perles and Spoletta in Tosca. He made his Erie Philharmonic debut appearing as the tenor soloist in Beethoven's 9th Symphony. In the summer of 2012 he performed the role of Tamino in Die Zauberflöte with Opera Theater of Pittsburgh before traveling to Beijing for a concert at the National Center for the Performing Arts accompanied by the China Broadcasting and Film Symphony Orchestra.

Previous operatic experience includes Basilio in Le Nozze di Figaro at Glimmerglass Opera, Don Ramiro in La Cenerentola at Seagle Music Colony, Alessandro in Il Re Pastore at Southern Methodist University, as well as the roles of Tamino in Die Zauberflöte, Dema in L’Egisto and Rinuccio in Gianni Schicchi at The University of North Texas.