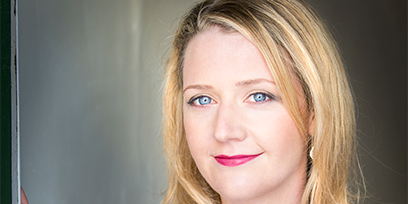 Originally from the Blue Mountains west of Sydney, Keara graduated with a Bachelor of Music Studies from The Sydney Conservatorium of Music, studying voice under Jane Edwards.

Her operatic career has seen her sing with Opera Australia since 2010, as Cassandra (The Sound Garden) and Jody Juggler (Sid the Serpent Who Wanted to Sing) for the OZ Opera schools tour program.

Keara has worked with the OA chorus since 2012, including many years of Handa Opera on Sydney Harbour, and main stage productions.

She has performed in Iphigénie en Tauride and Theodora for Pinchgut Opera. In 2017 Keara was part of the Barrie Kosky’s Saul for Adelaide Festival. Other roles including Meg Page (The Merry Wives of Windsor), Cherubino (The Marriage of Figaro), and Flora (La Traviata) with Sydney group Opera Bites.

Keara has performed Elgar’s Sea Pictures as soloist for Blue Mountains Symphony Orchestra, and was soloist for Handel’s Messiah with Central Coast Chorale.

With an interest in new works, Keara has been involved in numerous development productions, workshops and premiers, including Gavin Lockley and Colleen McCullough’s Morgan’s Run, Chloe Charody’s The Carnival: A Circus Opera, and George Palmer’s Cloudstreet. Keara sang as a part of the Telling Tales exhibit at The MCA in Lee Ming Wei’s Sonic Blossom. Apart from opera and concert work, Keara is part of a vocalese jazz trio Midnight Avenue. Keara has also worked with high school children in opera writing workshops.