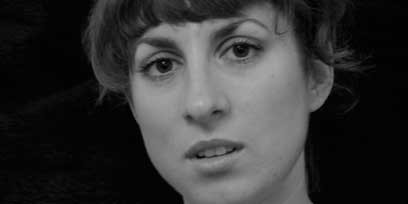 Lally Katz has an original voice and writes for theatre, film and television. In 2013 Lally’s one-woman show, Stories I Want To Tell You In Person, played to packed audiences at Belvoir and Malthouse Theatres.  Lally’s work for television includes adult one-hour dramas Wonderland, Wentworth and Spirited and children’s series The Elephant Princess.

Starchaser, a wonderful play for children, was produced by Arena Theatre in 2012. In 2011 Lally had three world premiere plays programmed in Australia; A Golem Story at Malthouse Theatre, Neighbourhood Watch at Belvoir and RETURN TO EARTH at Melbourne Theatre Company.

Neighbourhood Watch was written for Australian actress Robyn Nevin and first produced at Sydney’s Belvoir theatre. It toured to the Melbourne Theatre Company for a 2014 revival while a new production, starring Miriam Margolyes, opened at the State Theatre Company of South Australia.

Goodbye New York, Goodbye Heart opened in New York in late 2010. The Apocalypse Bear Trilogy played at the Melbourne Theatre Company as part of the Melbourne International Arts Festival in 2009. Lally adapted stories from the bible for The Mysteries: Genesis at Sydney Theatre Company in 2008.  When The Hunter Returns was commissioned and produced by The Gaiety School of Acting in Ireland and had a return season at the Dublin Theatre Festival. Her play Goodbye Vaudeville Charlie Mudd premiered at Malthouse Theatre (co-produced by Arena Theatre) and won the Victorian Premier’s Literary Award for drama in 2009.

Lally’s adaptation of Frankenstein was directed by Ralph Myers at Sydney Theatre Company in 2008 and nominated for a Queensland Premier’s Award for Best Drama Script. In 2007 Lally co-wrote Criminology with Tom Wright, which was produced by Malthouse Theatre and Arena Theatre, and two short plays Waikiki Palace and Hip Hip Hooray formed a double bill premiering at Sydney Theatre Company that same year.

Stuck Pigs Squealing Theatre has produced a series of Lally’s plays: The Black Swan Of Trespass which played at Malthouse, Belvoir and the New York International Fringe Festival where it won the Producer’s Choice Award after winning several Green Room Awards in Melbourne; The Eisteddfod premiered in Melbourne at the Storeroom Theatre and transferred to Malthouse, Belvoir and PS 122 and Richard Foreman’s Ontological Hysteric Theatre in New York City, this production won the 2004 Best Independent Production Green Room Award.

Lally participated in the attachment programme at the Studio at the National Theatre in London in 2009 and won a British Council Realise Your Dreams grant for 2010. Lally was a Churchill fellow in 2010 and was appointed a Writer In Residence at Melbourne University in 2011.  In 2012 Lally won InStyle Magazine’s Women Of Style Award in the arts category and in 2013 she was the inaugural recipient of an Australian Writers’ Foundation Playwriting Grant.

Lally is currently adapting her play Neighbourhood Watch for the screen with Gillian Armstrong attached to direct and Marian Macgowan producing, working on new plays for Belvoir and MTC, is resident playwright at the Malthouse Theatre and is developing an original television series. 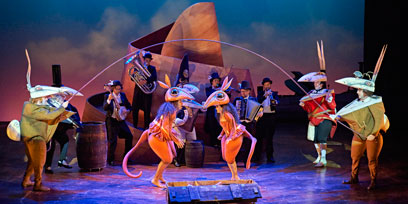 Lally Katz on writing the libretto for The Rabbits