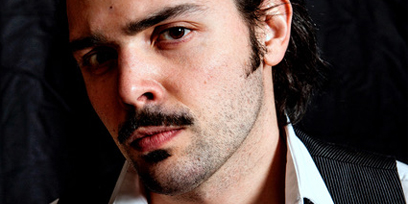 Born in Brescia, and a student of renown tenor Mario Malagnini, Luca Micheletti began his opera repertory after a long journey as a theatre actor and stage director. He collaborated with famous stage directors such as Luca Ronconi, Marco Bellocchio and Umberto Orsini, performing in the most important Italian theaters.

Micheletti graduated with Theater Sciences in Milan and in Venice, and obtained a Ph.D. in Renaissance Theater at La Sapienza University of Rome.

In 2011 he was awarded the prestigious “Ubu Prize” for his performance in Brecht's Arturo Ui (also the National Critics Award). In 2015 he was awarded the "Luigi Pirandello" International Prize for merits acquired in the theater field.

He specializes in the Brech repertoire singing Kurt Weill (The Threepenny Opera, The Seven Deadly Sins of the petty-bourgeois, The Consenting and the Dissenting), Hans-Dieter Hosalla (The Resistible Ascendancy of Arturo Ui), Kurt Schwaen (The Horatii and Curiazi ).

Recently, he was a finalist at the International Liric Competition "Bazzini" of Montichiari and "Rubini" of Romano, where he won the Special Prize for his participation in La Traviata in the role of Germont. He sang as Silvio in the movie I Pagliacci directed by Marco Bellocchio (Special Event at the 73rd Venice International Film Festival).

During the 2018/19 season he gained an outstanding success as Jago in Cristina Mazzavillani Muti’s production of Otello under the baton of Riccardo Muti, follwed by Il Campanello (Enrico) by Donizetti at Teatro Lirico di Cagliari.